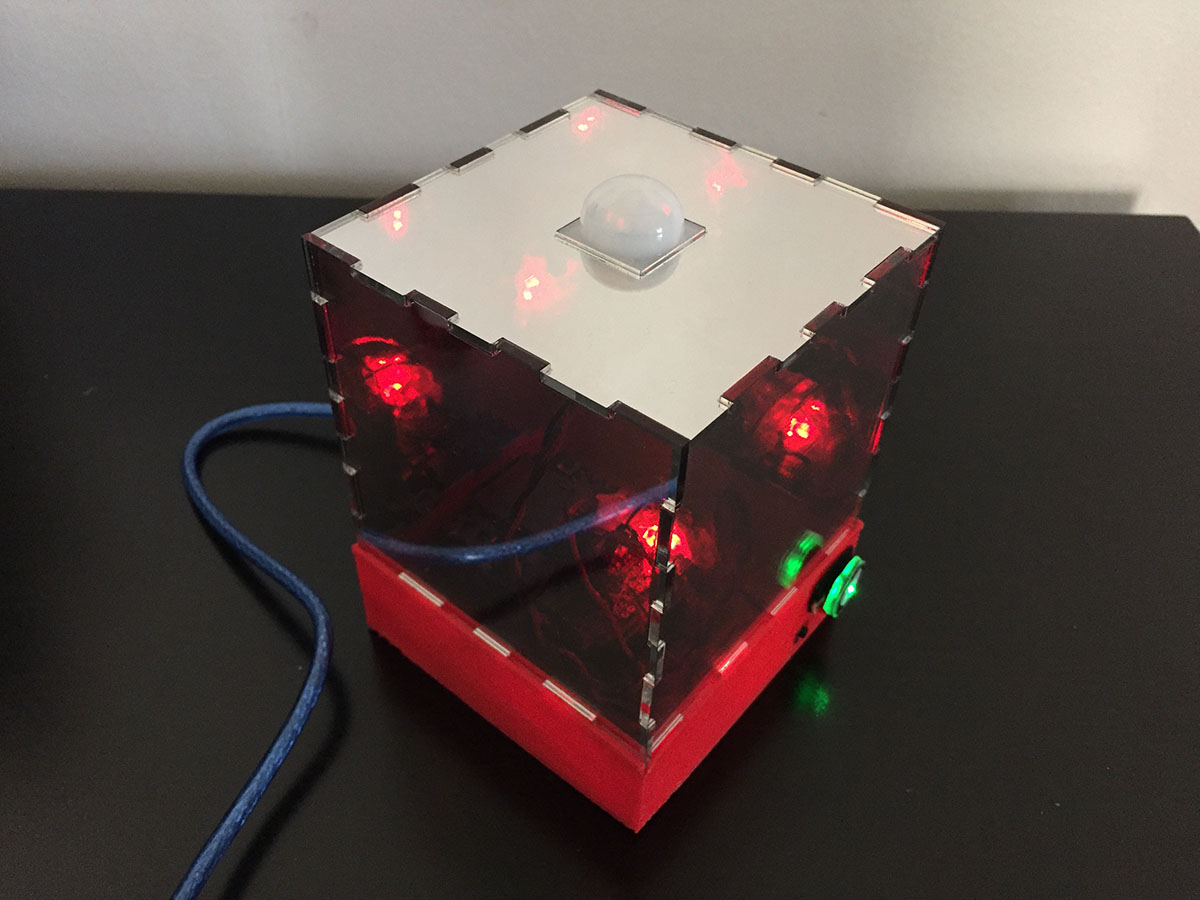 This is the first project for the Making Things Interactive class at Carnegie Mellon University. This project was individual and I had 1 week to complete.

This project creates a lamp that will be able to save the heartbeat of a given person and reproduce it when someone moves around the object.

This lamp should be capable of saving the heartbeat of that person into the SD card so this lamp can be given to someone containing a specific heartbeat.

This project aims to be an emotional reminder by showing the heartbeat of a person that might not be present at that time.

This project aims to be a prototype as close as possible to a functional device. For this reason fast fabrication techniques where used to create the device and Arduino as the electronics part.

The following techniques were used for fabrication:

The following electronic components where used:

The github repository contains the Arduino code that makes this device work. It is extended from the PulseSensor basic code on reading the pulse. Some unrelated code has been removed and the logic with the different LEDs and sensors has been added.

How to use it

How it has been made

Some lines of future work are the following: